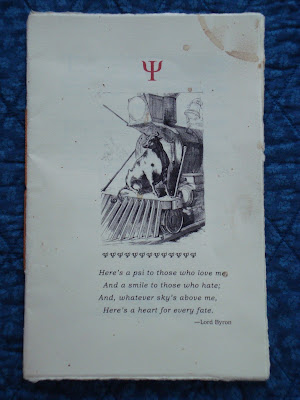 It has been almost two years since I came across the Morgue of M.E. Meegs. Since then, I’ve become more curious about odd paper artifacts. I’ve bought a number of old magazines, quirky publications and things like that, the little pieces you see wrapped in plastic in used bookstores.

I was visiting a friend upstate a few weeks ago and we stopped by antique book fair in Cooperstown. Looking through a bin of a dealer, I came across a funny little publication called Psi that was published in 1902.  Imagine my surprise when I looked inside and saw the name M.E. Meegs! She (I now think it’s a woman) is listed fiction editor. There are only three other names listed and all are women. 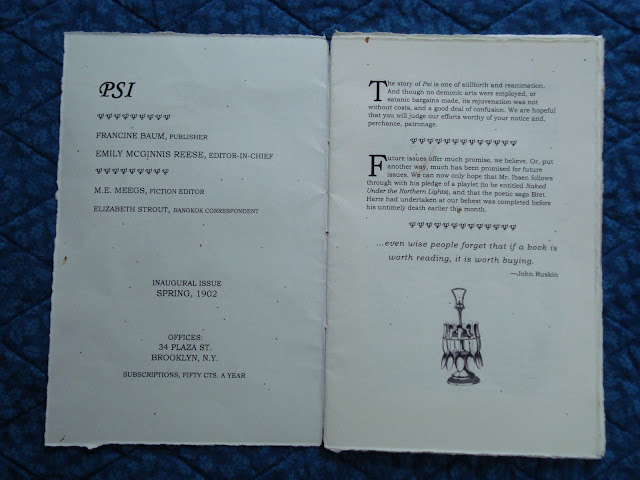 I showed this to Mr. Pearson (the retired librarian I mentioned earlier) and he said this was a very typical “little magazine”. There were apparently many of them around 1900. He showed me some from his collection, The Chap-Book, The Lark, M’lle New York, The Philistine. They’re all small and look sort of hand made. He had never heard of Psi, and at first said he couldn’t find any record of it. But then he found a listing in the 1905 addendum to Frederick Faxon’s list called “Ephemeral Bibelots”. The entry was:


Mr. Pearson says that means there was only the one issue.

The stories inside are very silly, just like the newspaper clippings in the Morgue I posted earlier. One is about a woman who turns into a snail and the other is about a girl who’s sold by her fiancé to a eunuch who runs the King of Siam’s harem. There are also two off-color Limericks. The worst words have been deleted and the editor offers little explanations.

The Snail Woman of Trieste 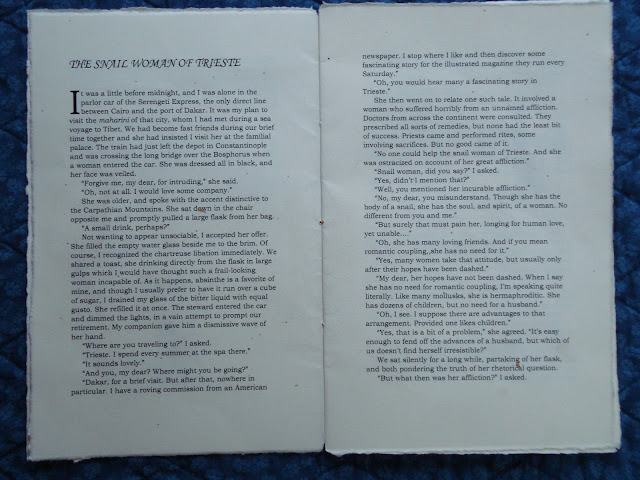 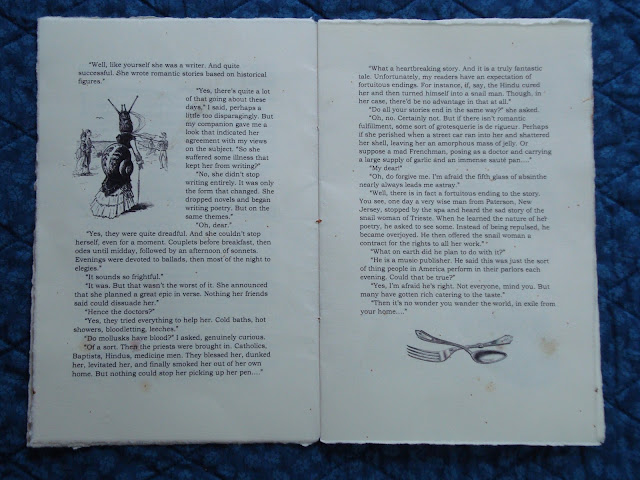 The only image that seems to have anything at all to do with the content is one that shows the snail woman. Mr. Pearson said he wasn’t sure if it was meant to be a parody of the other little magazines, or if the women producing it were just very amateurish. He didn’t think it was very valuable, but said it was interesting as a curiosity. 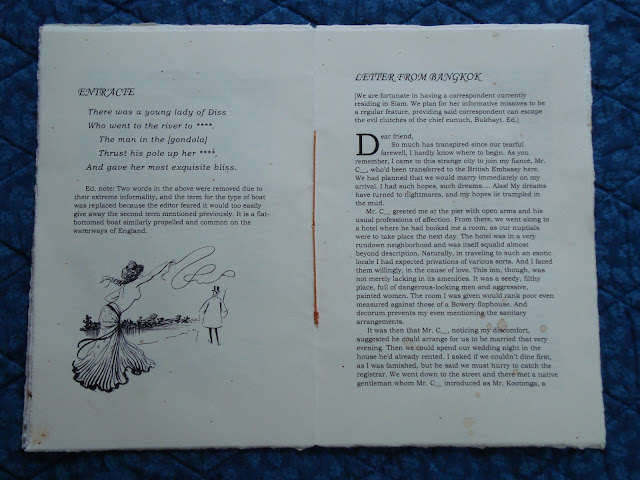 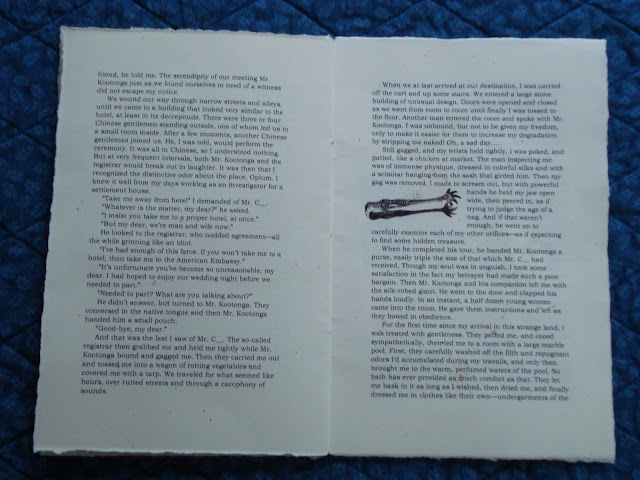 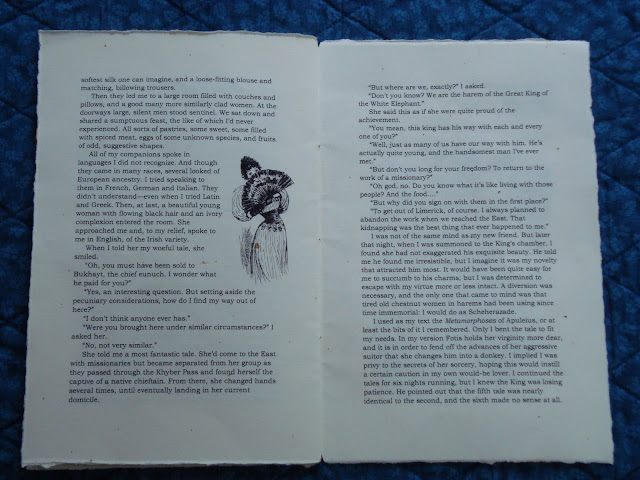 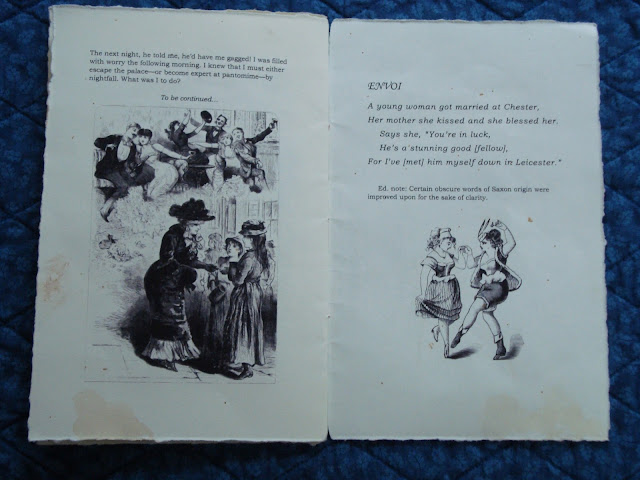 Now that I had a city, I tried looking up the names in the census records for 1900 and 1910. I found some that were close, but none seemed to be really right. For instance, there was a nine-year-old orphan named Emily Reese in Brooklyn in 1900. Then a friend showed me how to find a particular address. It’s very complicated, you have to first find out what enumeration district the street was in, then find the right pages that correspond to that, and then just page through. I did find the page that had 34 Plaza St. in 1910 and one name looked like it could have been Emily M. Reese (though it didn’t turn up when I searched.) The person writing that page had very bad penmanship, so I can’t be sure. Emily is 32 in 1910, so she’d be 24 when Psi was published.

I will keep looking for other traces of M.E. Meegs.
Posted by CynthiaR at 11:10 AM